There are young designers all over the world who credit Ben Drury with inspiring them to take up the craft. Such was the impact of his early work with the Mowax label between 1994–2000.

What sets him apart is his ability to understand a project – the constraints, quirks and opportunities – and from these, create solutions for his clients that are tantalizingly unique and ambitious yet with two feet planted firmly in function and practicality. This type of well grounded genius is rare in the world and even rarer in graphic design.

After graduating from Central St. Martins in London, Ben’s talent was quickly spotted by Mowax recordings founder James Lavelle who installed him with Will Bankhead as Art Directors for the label and thus began one of the most prolific and influential creative partnerships of the era. With Bankhead, he developed a reputation for striking graphic design and innovative packaging which lead to the label being sought-after as much for its iconic artwork as for the music itself.

As well as the records, Mowax produced toys, books, films, art exhibitions and clothing, all under the direction of Ben and including collaborations with artists such as Futura 2000, Massive Attack’s 3D, Mark Gonzales and Shynola.

In 2000 he set up his own design practice to work across a range of projects from music to fashion to corporate identity. Over the last 10 years he has built long-standing, collaborative relationships with clients such as Nike, All Tomorrow’s Parties and Dizzee Rascal.

Designer, typographer, illustrator and urban archeologist, Ben has a rare combination of street-cred and professionalism which has made him one of the most respected designers in the UK today. Working with him is challenging and joyful in equal measure and highly recommended.

How To Be A Graphic Designer
Without Losing Your Soul
(Second Edition) 2010
by Adrian Shaughnessy
Pub: Laurence King 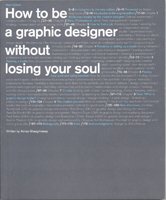 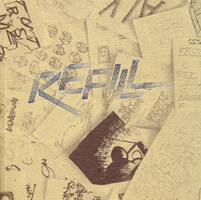 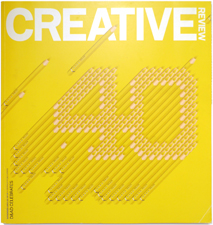